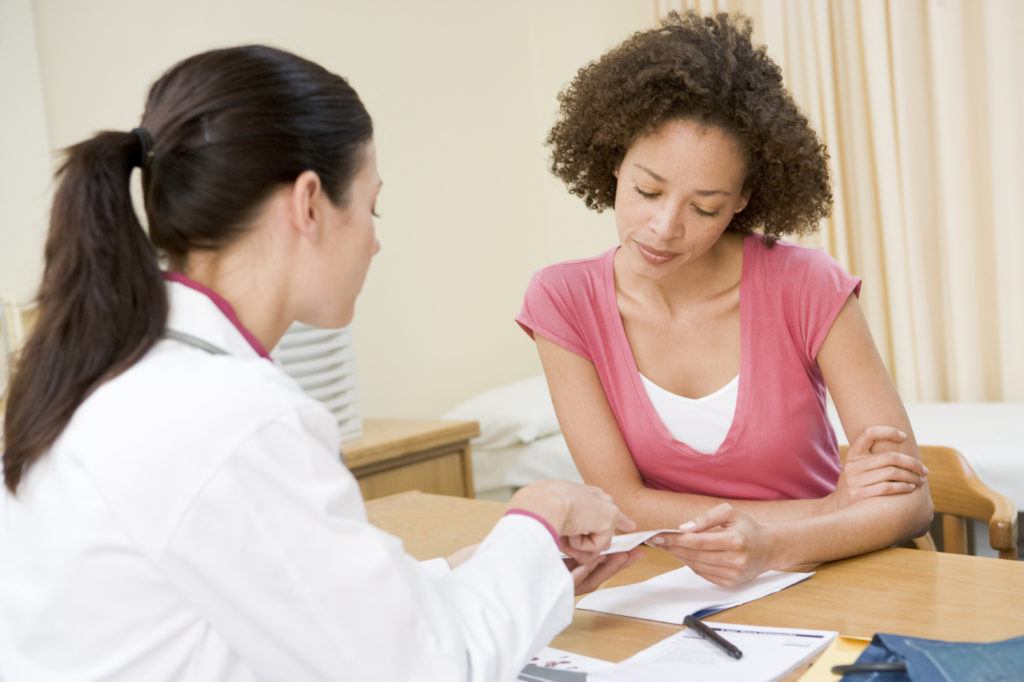 You also know you have some important decisions to make, such as whether to continue the pregnancy or have an abortion. But while you may feel a sense of urgency, it is a good idea to take the time to be well-informed before making a decision about a medical procedure.

One of the first things you need to know is whether your pregnancy is viable. If a non-living pregnancy is discovered, women who were considering termination are able to avoid the expense and potential trauma of abortion.

Your pregnancy is viable if the baby is alive, developing properly, and the pregnancy is able to continue all the way until your baby is ready to be born.

A miscarriage is any unintentional loss of your child before he or she is able to survive outside of the womb. The March of Dimes estimates that as many as 50% of all pregnancies end in miscarriage, and most miscarriages occur very early on, before you even know you are pregnant.

Of known pregnancies, as many as 25% end in miscarriage, and 80% of all miscarriages happen in the first trimester, or within 12 weeks of the mother’s last menstrual period.

What causes miscarriage? There are many potential factors that increase your risk, according to WebMD:

Women who have a miscarriage may experience one or more of the following symptoms:

With a normal pregnancy, one of your ovaries releases an egg, which is then fertilized in one of your fallopian tubes by a sperm from your baby’s father. Your baby then travels down the fallopian tube and implants in your uterus where he or she will grow for the next nine months until he or she is ready to be born.

In the case of ectopic pregnancy, also called a tubal pregnancy, the baby implants in the fallopian tube instead of the uterus. This is a life-threatening condition that requires immediate medical attention once discovered. It is usually discovered by the 8th week after your last menstrual period.

A woman’s risk of ectopic pregnancy increases with the following factors:

Signs of ectopic pregnancy can include one or more of the following symptoms:

Any of the following symptoms could be signs of molar pregnancy:

About half of all first trimester miscarriages are caused by a blighted ovum. Also called anembryonic pregnancy, this condition happens when a fertilized egg fails to develop into a baby.

By about 5 to 6 weeks after your last menstrual period, your baby should be clearly visible on an ultrasound. With a blighted ovum, the placenta and pregnancy sac will appear, but no baby will be present.

This heartbreaking condition is usually caused by chromosomal abnormalities or improper cell division immediately after fertilization.

Symptoms of a blighted ovum include the typical symptoms of early pregnancy, along with abdominal cramping, vaginal bleeding, and a heavier than normal period when your body expels the placenta and pregnancy sac.

How Do You Know if Your Pregnancy Is Viable?

If you have a positive pregnancy test result, it’s time to schedule a free ultrasound appointment with Mosaic.

The ultrasound will determine the viability of your pregnancy — primarily whether your baby is present, alive, and developing properly for his or her gestational age.

An ultrasound can also detect any developmental abnormalities affecting you or your baby, along with conditions such as ectopic pregnancy, molar pregnancy, or blighted ovum. If any of these conditions appear, we can refer you to the appropriate medical services for treatment and recovery.

All ultrasounds at Mosaic are performed by licensed sonographers, free of charge and completely confidential — which means your appointment will not show up on insurance documents or be reported to anyone else such as your parents. Your ultrasound can often be performed the same day as your free pregnancy test and initial counseling session.

Only after the viability of your pregnancy is determined can you then consider potential options.

If you’ve recently had a positive pregnancy test, or suspect you may be pregnant, contact Mosaic to schedule a free appointment — we’re here to provide the help you need during this challenging time in your life.  A free ultrasound is likely your next step.