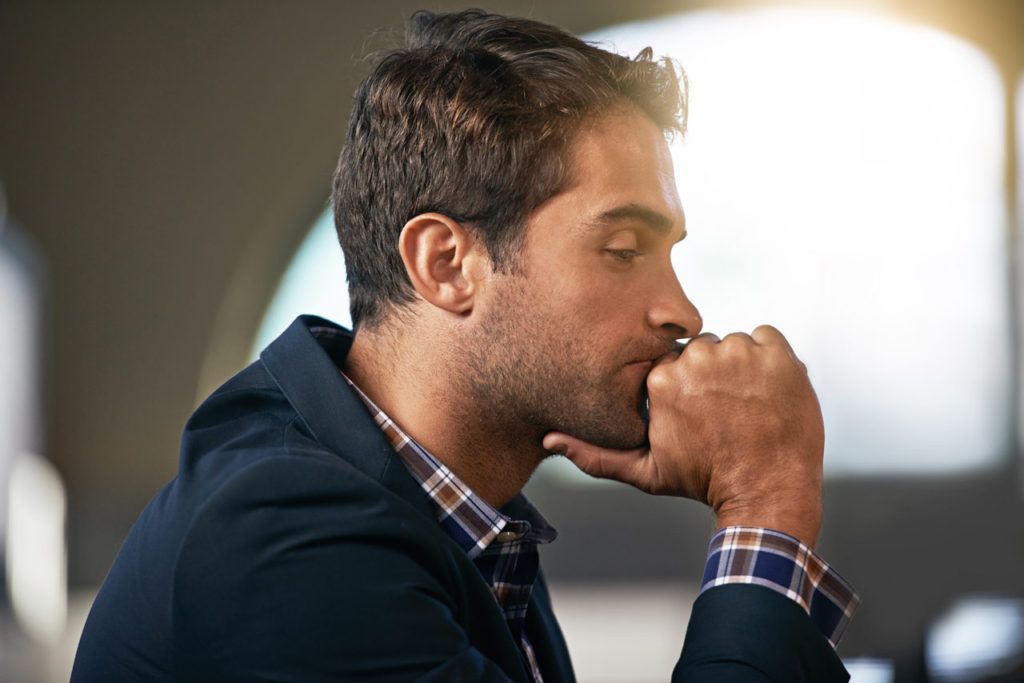 Many people mistakenly think that abortion is just a “women’s issue,” when nothing could be further from the truth.

Let’s take a look at how men sometimes participate in a woman’s decision to have an abortion, and the effects of abortion on men.

Abortion and Men: Not Just a Woman’s Choice

According to groundbreaking research by Arthur Shostak and Gary McLouth, about half of all women who get abortions are accompanied by a male partner.

For many of these men, it is an experience characterized by isolation and getting a “cold shoulder” from abortion clinic staff. About 70% of men are barred from being with their girlfriend or wife during the abortion procedure, and 90% are not allowed to see their partner during the hour-long recovery period(2).

The effects of abortion on men have long been ignored by abortion practitioners and researchers alike. Many men who are dealing with abortion report that no one ever asks them about their experience, or seems to care about how they feel about the abortion(2).

What Are the Consequences of Abortion for Men?

Although men have no legal rights in the abortion decision, they often have strong feelings about pregnancy and in many cases participate in the decision of whether to terminate the pregnancy. According to abortion expert Dr. Catherine Coyle and other researchers, men who lose a child to abortion are at risk for a number of psychological consequences, including: (3)

Many of these consequences are also experienced by grandparents of aborted children.

As with male partners, many post-abortive grandfathers, as well as grandmothers, have reported symptoms including anger, grief, and guilt. For grandparents who encouraged or coerced their daughter into aborting her child, symptoms may be even more acute(1).

Is your girlfriend, wife, daughter or other woman you care about facing an unplanned pregnancy? Have you lost a child or grandchild to abortion? Please contact Mosaic Health for a free consultation.

We are here to give you the resources you need to recover from abortion and to help your loved one through this difficult time.