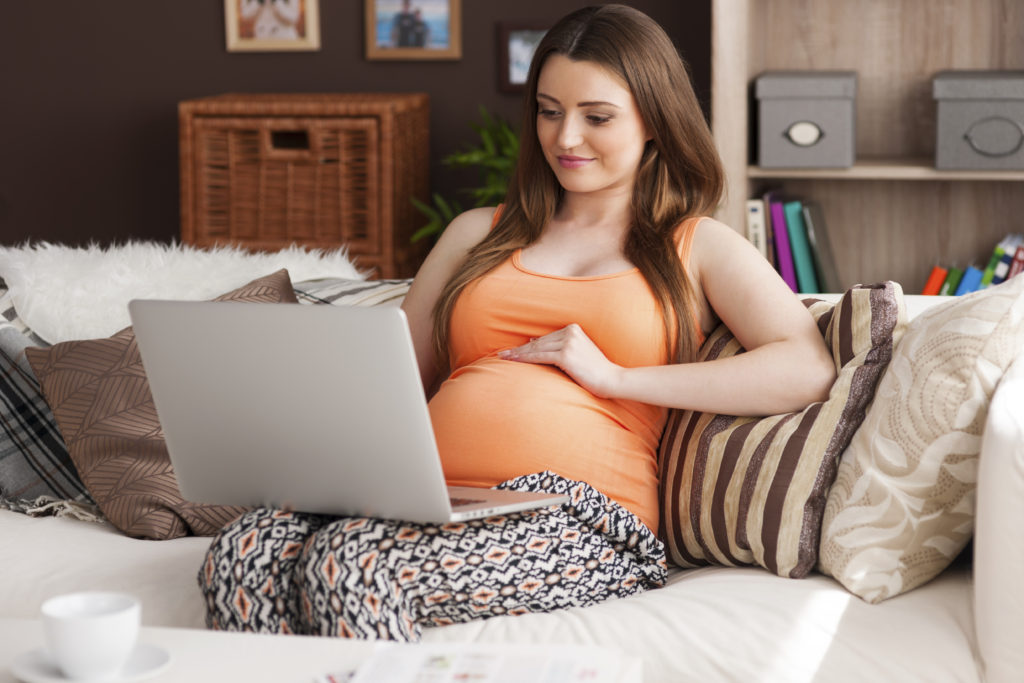 If you’re facing an unplanned pregnancy, you may be going through a range of emotions as you grapple with the important decisions you have to make.

One important thing that will help you is to understand fetal development throughout all the stages of pregnancy. This article gives you an overview of what’s going on with your little one inside of your uterus — as your own body changes over the next nine months.

There are two common methods for measuring the length of your pregnancy1:

As you can see, gestational age is about two weeks longer than fetal development age. As we describe your baby’s prenatal development through about 40 weeks of pregnancy, we provide both numbers to help you stay on track.

Once conception takes place, your baby goes through rapid cell growth and formation of major organ systems very early in the first trimester of your pregnancy.

One of your ovaries releases an egg. This is when you are most likely to conceive if you have sex.

Conception — also called fertilization — occurs when a sperm from your baby’s father travels up your cervix and through your uterus to the fallopian tube, where it joins the egg.

When the sperm and egg join, they form a single cell called a zygote. At the zygote stage of development, your baby already has all of his or her DNA, and important things like gender, skin tone, eye color, and even some personality traits are already determined!

Once conception takes place, your baby travels down the fallopian tube and begins dividing into multiple cells. This beginning of cell division is known as the blastocyst stage of development.

Once your baby reaches the uterus, he or she attaches to the uterine wall in a process called implantation. Your baby will now receive nutrition and oxygen from you until it’s time to be born.

This marks the beginning of the embryonic stage of your baby’s development.

The rapidly dividing cells begin to differentiate so that they perform specific functions, and over the next few weeks, all of your baby’s major organ systems will develop.

The brain, spinal cord, and heart are already taking shape at this stage of pregnancy, as well as your baby’s blood, kidneys, and gastrointestinal tract. External features also begin forming at this very early stage of development.

Your baby’s brain now divides into five specific regions and the cranial nerves become visible. The heart is now beating and pumps blood throughout his or her body.

Eyes and ears also start forming, along with arm and leg buds.

The brain continues to grow and mature. Your baby’s arms and legs get longer and hands and feet appear. His or her lungs also form during this week.

All of your baby’s essential organs are now in place and growing. Nipples and hair follicles form, the arms now have elbows, and your little one’s toes are now visible.

Your baby’s facial features are becoming more defined and distinct at this point. His or her outer ears are forming and the eyelids close — and they won’t open again until about Week 28 after your last menstrual period.

As the first trimester ends and the second begins, your baby has now entered the fetal stage of development and is officially called a fetus.

The face is even more recognizable, limbs are long and thin, and your baby’s teeth, fingernails, toenails, and genitals appear. The liver is now making red blood cells. Voluntary fetal movements begin as he or she can now make a little fist!

For the next two trimesters of pregnancy, your baby grows rapidly, becomes more active, and his or her organ systems continue to mature.

Just 13 weeks after conception, your baby can already move, stretch, and suck with his or her mouth.

Hair begins growing on his or her head, bones begin to harden, and muscles become more developed. Liver and pancreatic secretions also begin during this stage.

By now, you can feel your baby moving around as he or she becomes quite active! Your little one can also hear and swallow.

A protective layer of very fine hair now covers your baby’s body. Eyebrows and eyelashes appear, and baby’s heartbeat can now be heard on a stethoscope. By the way, your little one will have his or her first bowel movement around this time!

The lower airways of your baby’s lungs develop, to prepare for breathing. His or her bone marrow starts making blood cells and baby’s body begins to store fat.

By now you may notice your baby startling in response to loud noises or sudden movements. Your little one now has fully developed eyes, footprints and fingerprints, and eyebrows and eyelashes. Air sacs form in the lungs to further prepare for breathing.

The brain and nervous system begin maturing rapidly, and your baby gains more voluntary control over his or her movements. The respiratory system produces a surfactant that helps the lungs fill with air.

Now you’re in the home stretch as the latter stages of fetal development begin. Just a few more weeks of rapid growth and maturation as your little one gets ready to meet you!

Your baby starts to look around and can voluntarily open and close his or her eyes! Bones are fully developed but still soft, and red blood cells begin forming in the bone marrow. This week also begins a period of even more rapid weight gain as your little one prepares for birth.

At this point your baby is ready to practice breathing independently. The eyes can now detect light and the pupils constrict and dilate in response. The nervous system now controls body temperature, and the body begins absorbing important nutrients like iron, calcium, and phosphorus.

Your baby now weighs about 5 ½ pounds, but individual babies differ, so it’s okay if your little one weighs slightly more or less than that! You’ll notice lots of movement by now, and regular sleeping patterns begin.

Rapid weight gain continues as more fat forms under skin. Organs are ready to function on their own, heart and blood vessels are complete, and muscles and bones are fully developed.

This is also when your baby’s head should begin descending into your pelvis to prepare for birth!

The placenta begins making important antibodies to protect your baby from infections after birth. Breast buds are present, toenails reach the tip of the toes, and for some babies, head hair begins to thicken just before birth.

By the end of the third trimester, your child also now has a strong grasp and is ready to hold your hand soon!

In addition, we will answer any questions you have about fetal development during pregnancy and provide free options counseling to guide your decision making.